SON OF ZORN
UP AND DOWN MOUNT ZEPHYRIA

To launch the season premiere of Son of Zorn, the network wanted to create a larger-than-life activation at the widely attended San Diego Comic-Con.

True fans showed their courage and endurance by climbing up the Mount Zephyria Rock Wall and jumping down a 20-foot free fall. Some fans settled for a picture riding the Death Hawk. Those who completed the epic journey received a Son of Zorn goblet, while those who were captured riding the Death Hawk received a Son of Zorn sword. The free fall jumps were captured and turned into shareable GIFs that quickly spread via the #SonOfZorn custom hashtag.

How far did we jump?

The shareable nature of the activation increased awareness for the show and delivered trackable data by the thousands. This allowed further fan engagement and brought Son of Zorn closer to its adoring audience. 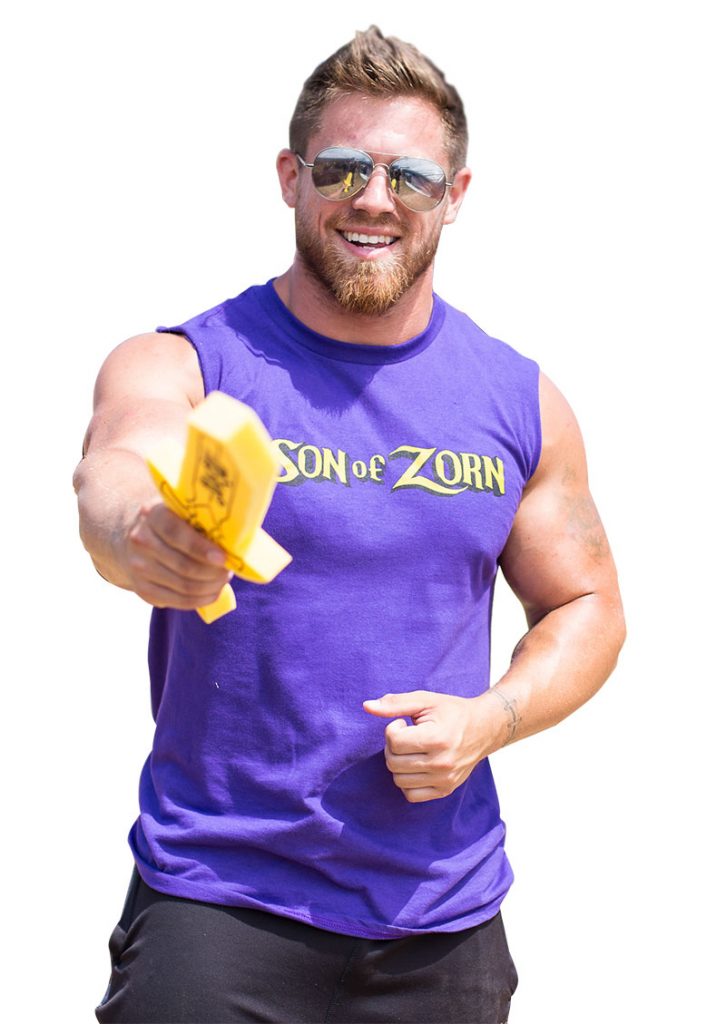 Leaving a mark at Comic Con

The Son of Zorn experience was among the most sought after at Comic-Con, with wait times exceeding two hours and over 5000 participants. This activation proved to be one of the most popular sites in the Bayfront Park Lawn.